From Queenstown we set off down the Mavora Walkway into the wilderness as the trail continued to test me.

If you missed it, here’s the last post as well as all the previous blogs from the trail.

The marshes and high grasses proved a mental challenge as I continued on to Bluff.

I awoke in Cromwell at the home of my mates, Phillip and Jamie. The former had to go to work but the latter was off. Unfortunately three of my sock liners had gotten holes. I threw one pair away and hoped the remaining pair would last. I also noticed the webbing on my backpack had ripped significantly. The pack had been used on the Appalachian Trail and so I was proud it had mostly survived a second thru-hike. Come on, Big Red, just one more week!

Once I packed up, I called my chauffeur. Soon enough, Tom was waiting outside in his rental car to take Jamie and me to brekkie. The three of us had an amazing breakfast at a nearby cafe, Armando’s. I had a breakfast burrito and a cinnamon scroll with caramel ice cream. The scroll was incredible!

At last I said goodbye to Jamie and then my chauffeur and I hit the road. Tom drove us back to Queenstown in his trusty old rental and stopped at the grocery store to resupply. I realized this was perhaps my last resupply on the trail! If all goes to plan, I would finish in nine days! There was a newly opened Sal’s Pizza nearby which I lunched at before we finally left Queenstown.

It was a long drive around Lake Wakatipu. We had to drive all the way through the town of Glenorchy at the lake head and then some. We picked up a hitchhiker, Ben, who was also headed the same way. Ben was an American TA hiker so it worked out that we were all going to the same trailhead.

Tom had planned to hike a bit with me that day and then hike back to the car and hopefully rejoin me in a few days for the remainder of the hike. He told me he was bored of driving around New Zealand and also bored of hiking. I completely understood; I was tired of hiking and wanted to finish!

And so Ben, Tom, and myself set off down the Greenstone Track, where the TA picks up after ending in Queenstown. The trail was very easy and nicely graded. It followed the river for a while through shady forest.

At the first hut, Tom decided to make camp. He would return to his car in the morning and rejoin me in two days. The only problem was that he wanted to rejoin me at a point 95km away! I would have to hike that far in the two days to meet him which was a daunting task. As if I don’t push myself enough as it is.

And so Ben and I continued hiking. It turned out that Ben hiked the Appalachian Trail the same year as me, just in the other direction. Unfortunately we never passed each other on that trail but we had fun reminiscing and knew a lot of the same people.

The TA left the Greenstone Track for the Mavora Walkway and we followed this into the valley. We got off trail a few times as it was hard to find in the tall grass. My night off the trail had reminded me of civilization and now I wanted to go back to that life. Come on, Danny, just eight more days!

Ben stopped at the Taipo Hut but there was another hour at least of daylight. I pushed on a few more kilometers and threw my tent down. Hopefully the trail would stay easy like this for the remainder of the journey.

I slept in until 7:30am which is an hour later than usual. It was a clear morning with not too much dew. I set off down the trail.

It was rather unexciting following the trail through the wide river valley. The trail was damp and almost swampy here and there which was irritating. I passed several NOBO (northbound) TA walkers. One woman asked, “are you loving it?” I replied, “I’m ready to be done.” Not another word was spoken as we passed each other.

I thought about my response and wondered if it was too harsh or disheartening for the NOBO hikers who are just starting out. Maybe I was dampening their excitement. Then the trail became marshy and prickly plants were poking me. I stood by my response.

I stopped at a hut for a break and ran into Ben. He left ahead of me and I wouldn’t see him again. The sun was now out and I applied sunscreen. It was a hot, boring walk but the trail now followed a four-wheel drive track. This made for easier terrain.

Soon I was walking along the edge of North Mavora Lake. It was beautiful with the mountain backdrop. It took quite a while to walk it’s length.

At the end of the lake was a campground. I debated going for a swim but knew I had a lot farther to hike so I abstained.

Next I was walking along the shore of South Mavora Lake. This was a smaller body of water but still pretty. The trail was in a beech forest so now there was shade.

I came across a small point that jutted out into the water. I stopped here for a rest and decided to go for that swim. I stripped off my clothes and waded into the water. It was very shallow and a surprisingly nice temperature. I rinsed off and would have swam longer had it been deeper. The wind helped me air-dry in just a few minutes.

The swim reset my spirits and I hiked on with renewed energy and a smile. The trail was nice through the forest and I spent my time thinking about what I would do for work once I return to the United States.

After the lake I followed the Mararoa River. The trail soon disintegrated into high grasses and was generally unpleasant. The rest of the evening was like this, following the fence line of a farm as it skirted the length of the river. Because I was hiking on the river side of the fence and not actually in the pasture, the grass was overgrown. Of course this made my arms breakout in allergic reaction and the gorse and other bushes scraped and cut me.

It was tedious and annoying to hike through what I wouldn’t even call a trail. Perhaps you could call it a joke. The high grasses made finding a decent campsite difficult. I settled on a long but narrow grove of pines. It was hard to find a flat spot of needles since there were so many downed branches and trees. As I went to bed, I worried that the increasingly strong wind would fell a tree on me. I don’t need a deadfall ending my hike when I’m this close to the end!

I woke up around 4:30am to the wind howling. It was very warm outside but the strong wind hardly cooled me down. I was extremely nervous that a tree or branch would fall on me. I tried to go back to sleep but my mind wouldn’t let the worrisome thoughts rest. And so at 5am I began packing up. The wind blew in gusts and I hurried in the darkness. I was hiking by 5:30am, tired and irritable.

The trail was hard to follow in the dark. I strained my eyes to see the shadow of a path through the overgrown grasses. Eventually it got so annoying (even in daylight the trail in this section was hard to follow) that I just walked up a farm track to the road. The trail would meet this road in a bit and follow it anyway.

On the North Island I complained about the road walks but now I welcomed it. A light rain had started as soon as I reached the road. It was fine at first but as the road walk continued for nearly 20km, it became miserable. I stopped for a break underneath a small water tower for a reprieve from the rain and to eat some KitKats.

The rain seemed to let up and I continued my road walk to the main highway and then turned down a farm road. The scenery became pretty with the sun out and mountains ahead. I walked past cows and sheep towards the wilderness.

I had my usual lunch of cheese wraps at a hut before climbing up into the woods. It was pleasant at first but the muddy conditions proved slippery and wet. I climbed a bit and then descended out of the woods into tussock.

The tussock was fraught with hidden marsh areas. I was so over the trail; I just wanted to finish. The rest of the day consisted of tall tussock areas with marshy terrain and then some woods sections and then tussock again. The views were okay but the trail conditions lowered their value.

At last I reached the hut. A familiar tent was already set up. It was the tent belonging to Tom. He planned to finish the hike with me and so he’d parked his rental car off in Bluff at the end of the trail and bussed back to take a side trail to this hut (the lengths he’ll go just to hike with me). I never did actually see Tom that evening as he was already in his tent and refused to emerge due to the swarms of sand flies. But we caught up and he told me how he has a blister and his body aches. Somethings never change.

We both shared the sentiment that we are tired of hiking and just want to “get it done.” The trail conditions as of late, i.e. mud, marshes, farmland, roads, just don’t make for a great finale to the trail and I’m not looking forward to the coming days. However, because I pushed myself to hike ridiculously long distances the last week or so, we only have to hike 34km per day for the next six days and I’ll have finished the trail in 90 days! At last I can slow down instead of doing 40km days!

Tom and I dove into the ABBA deep cuts while driving to the trailhead.

Get it on iTunes 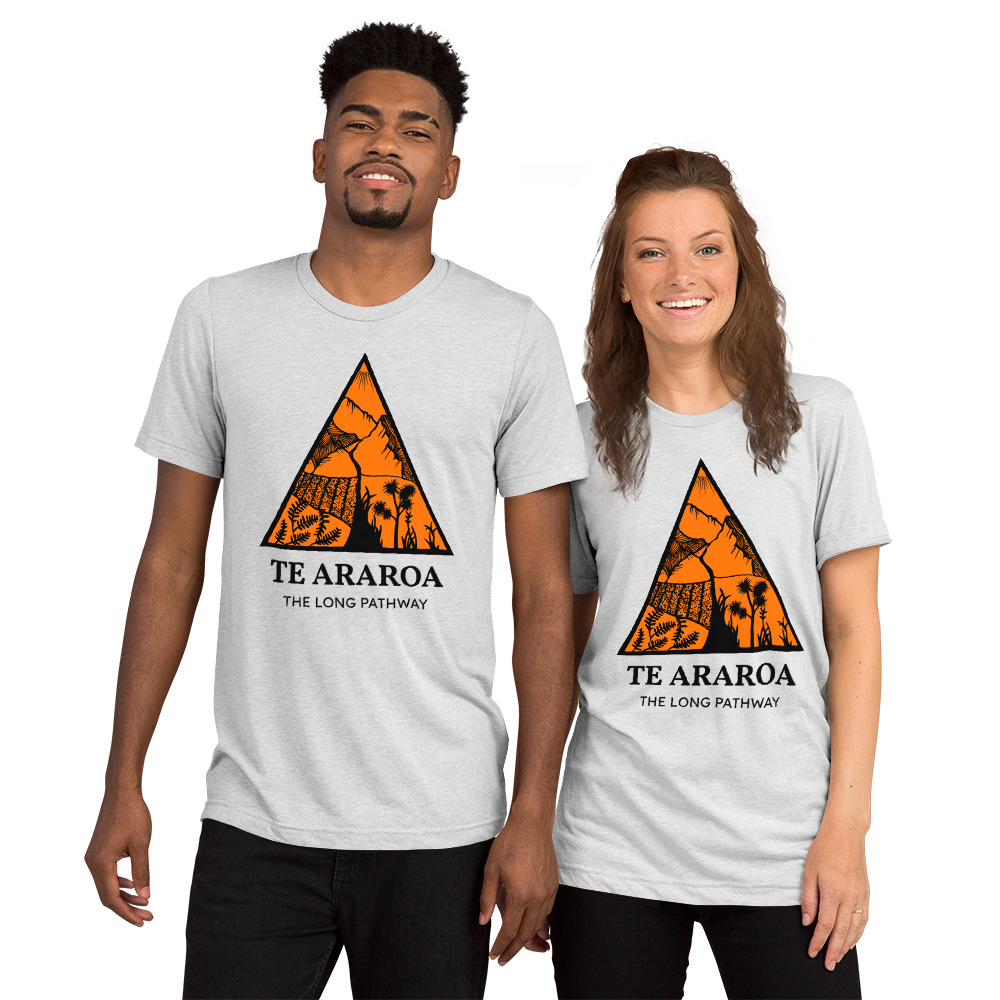 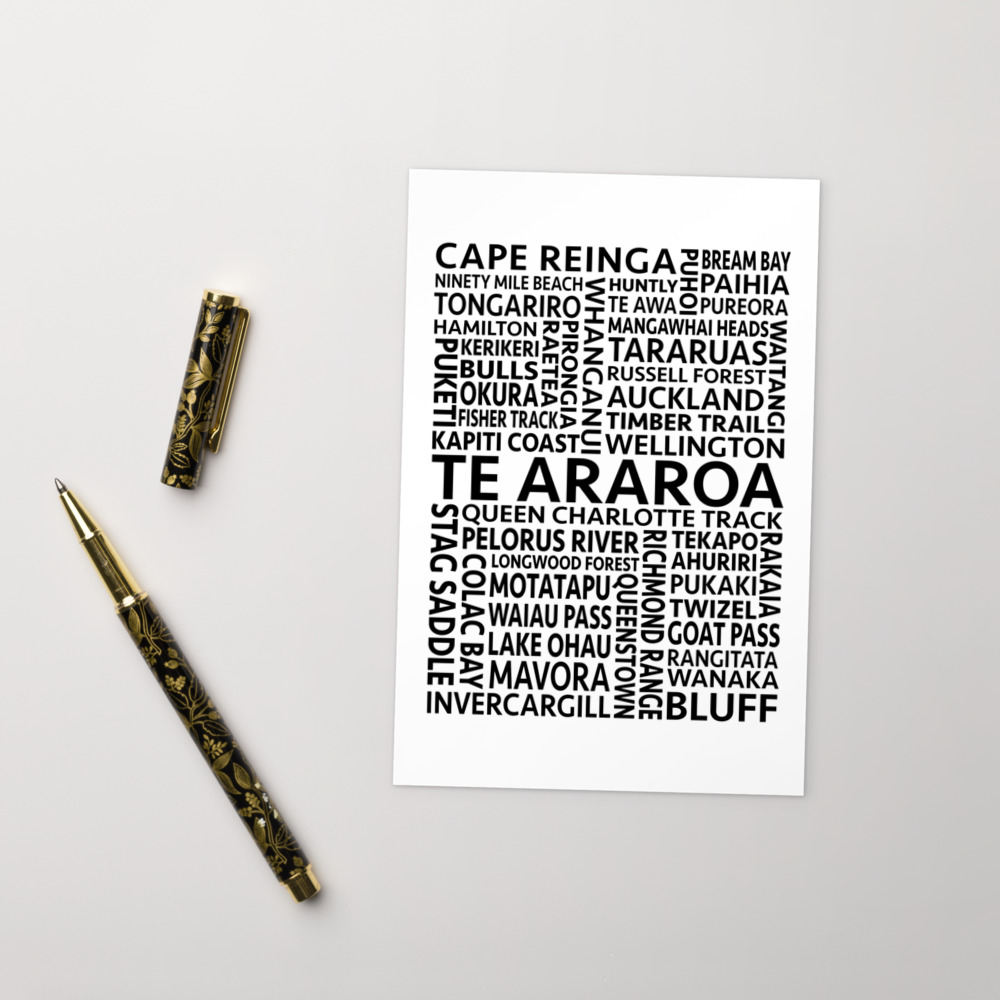 Te Araroa Word Art Postcard
Share the Te Araroa by sending a postcard to your friends and family. Showing off View product.
$3.00

Te Araroa Word Art Poster
Share your memories of New Zealand's Te Araroa with this poster showing off all the View product.
$17.00 – $23.00 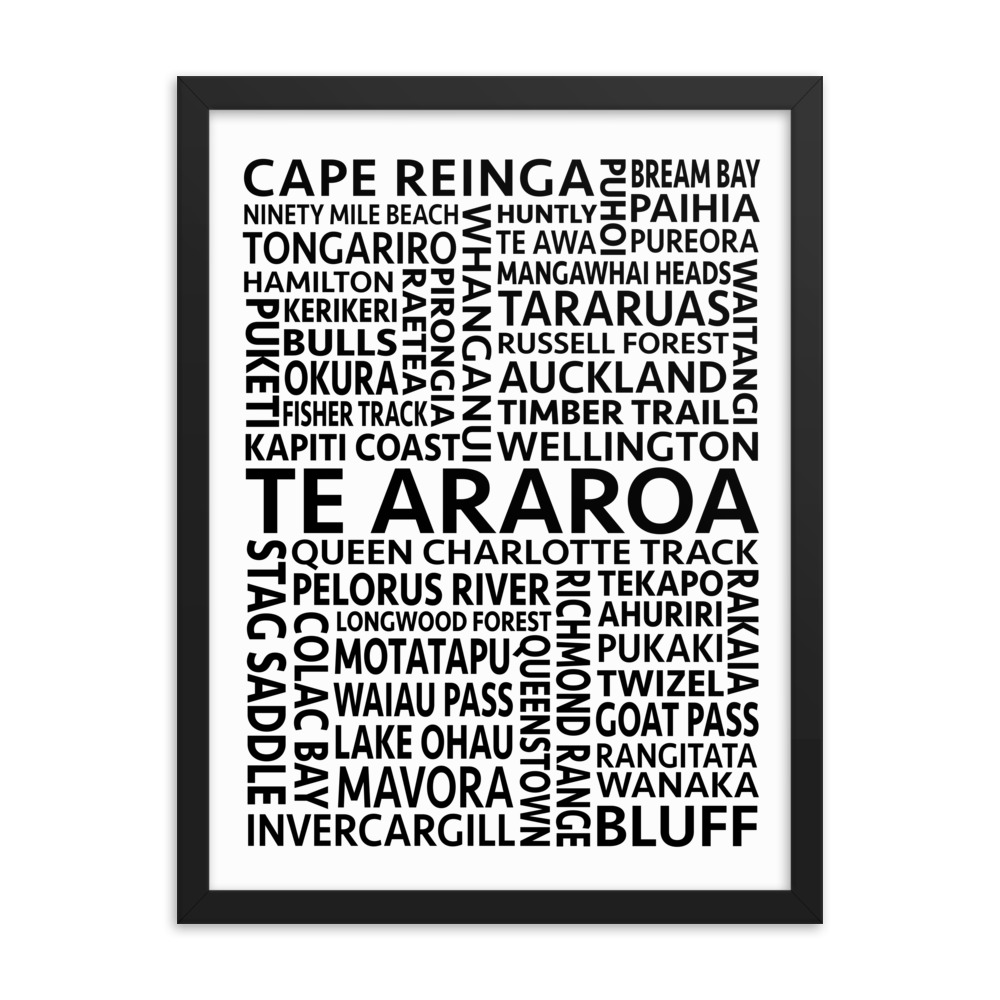 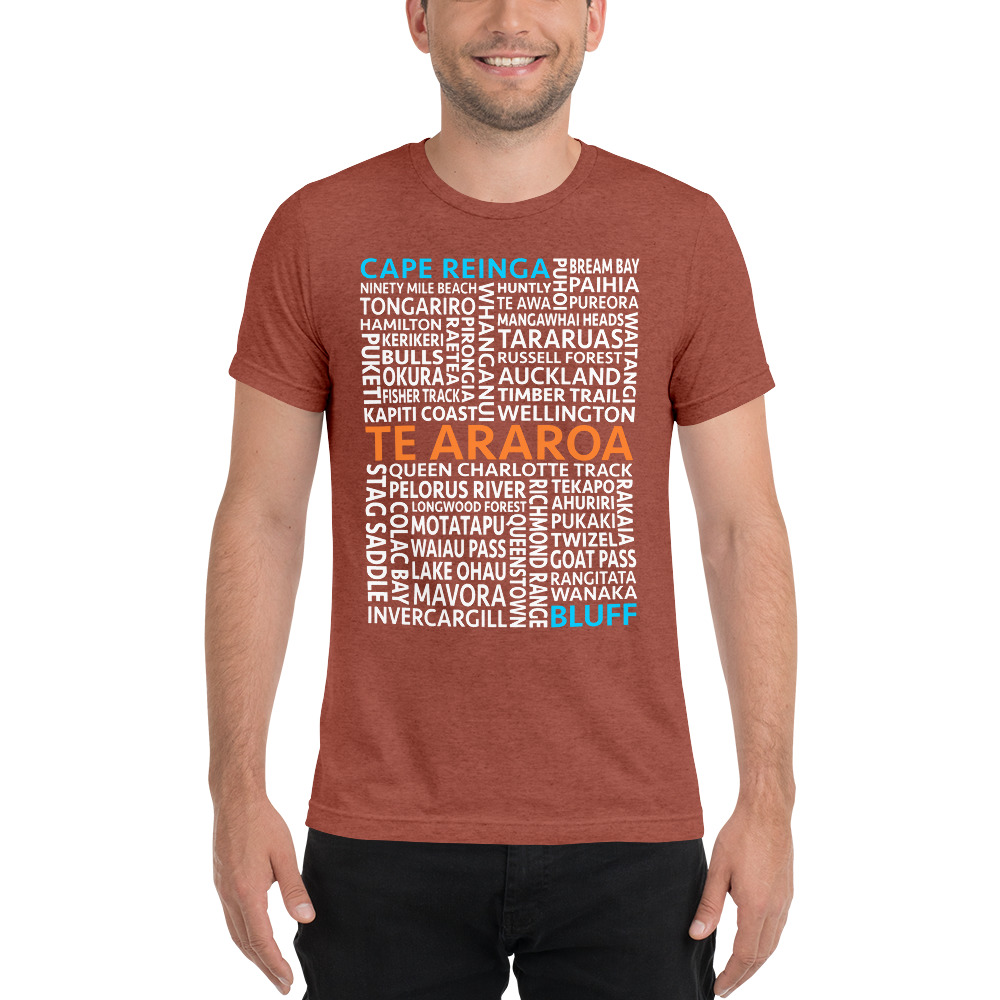 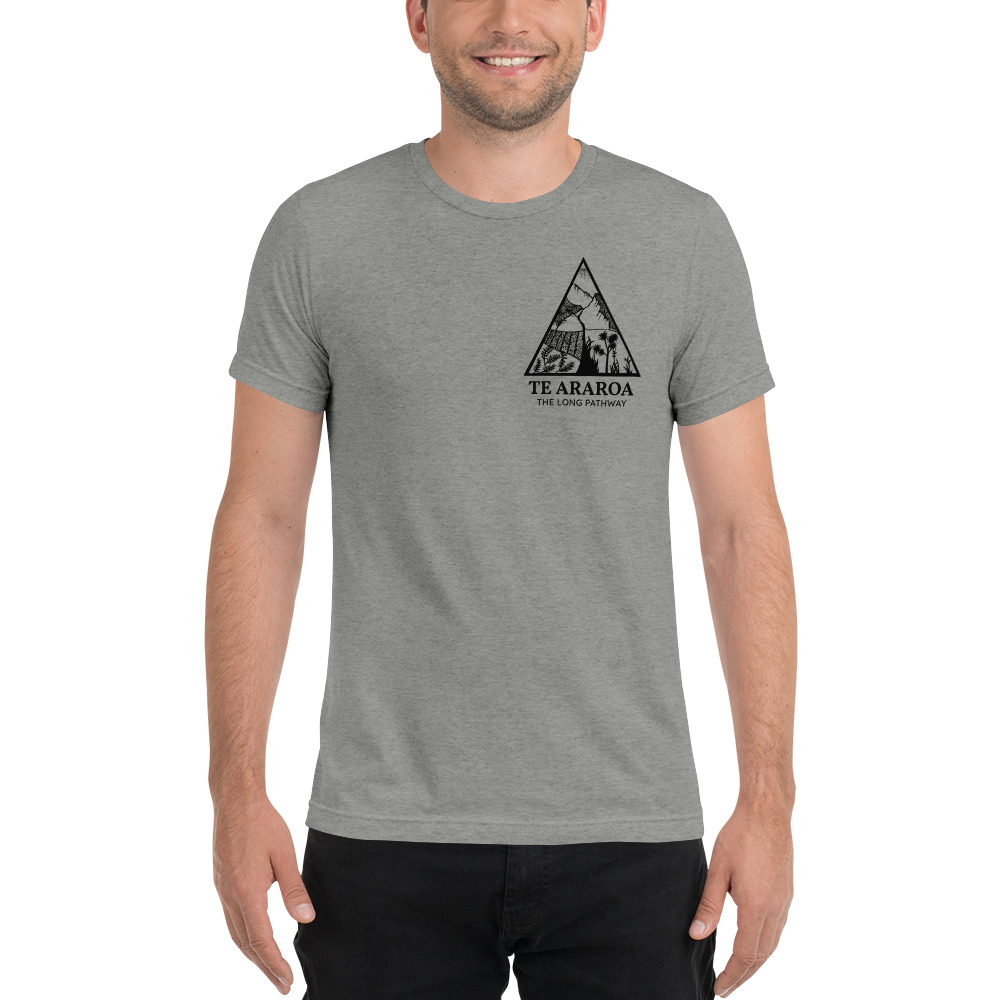 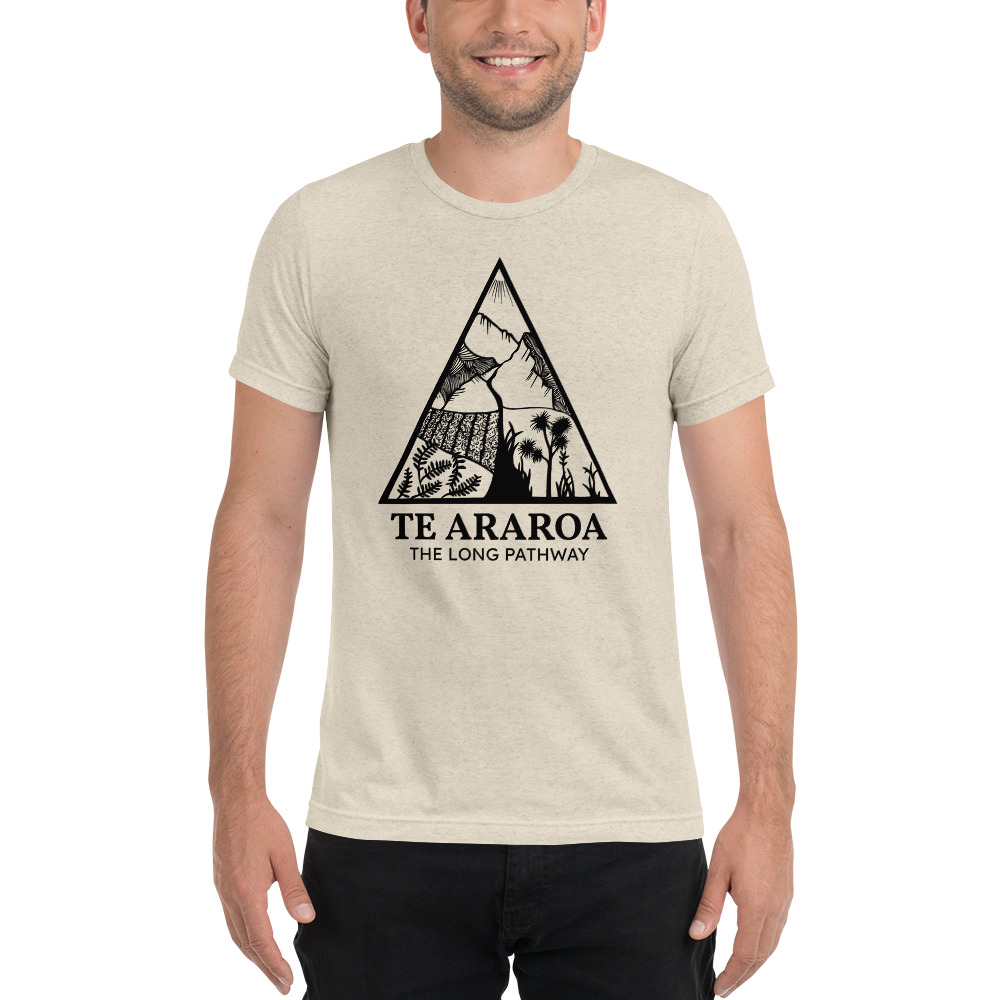 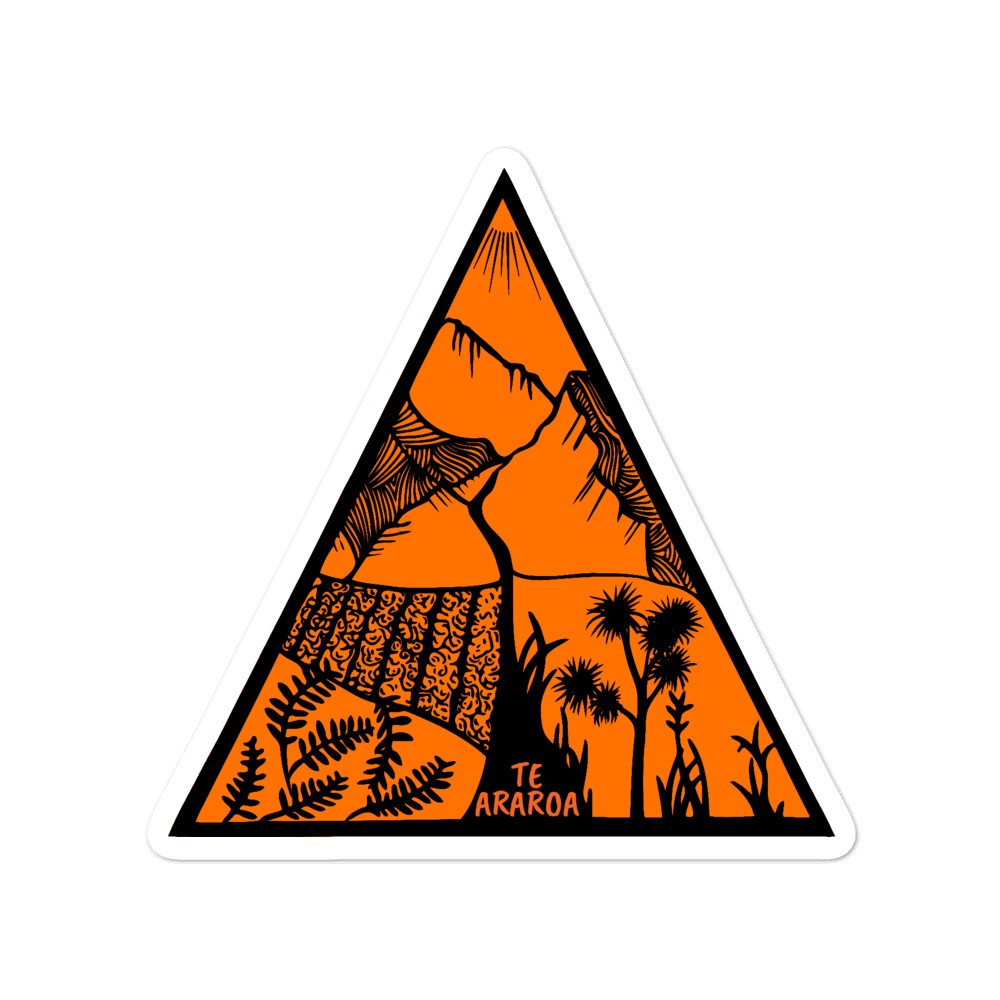 TA Triangle Sticker
Shaped like the orange triangles marking the trail, this Te Araroa sticker are the perfect View product.
$5.00 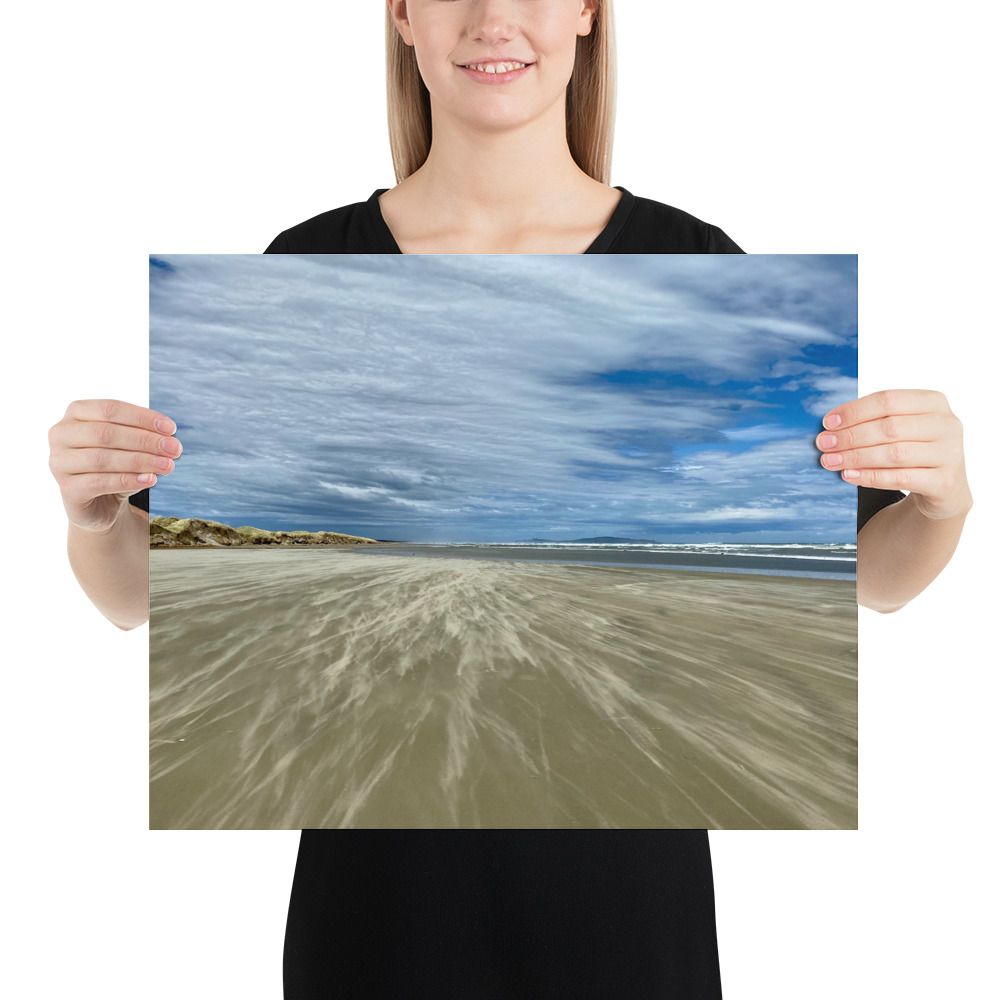 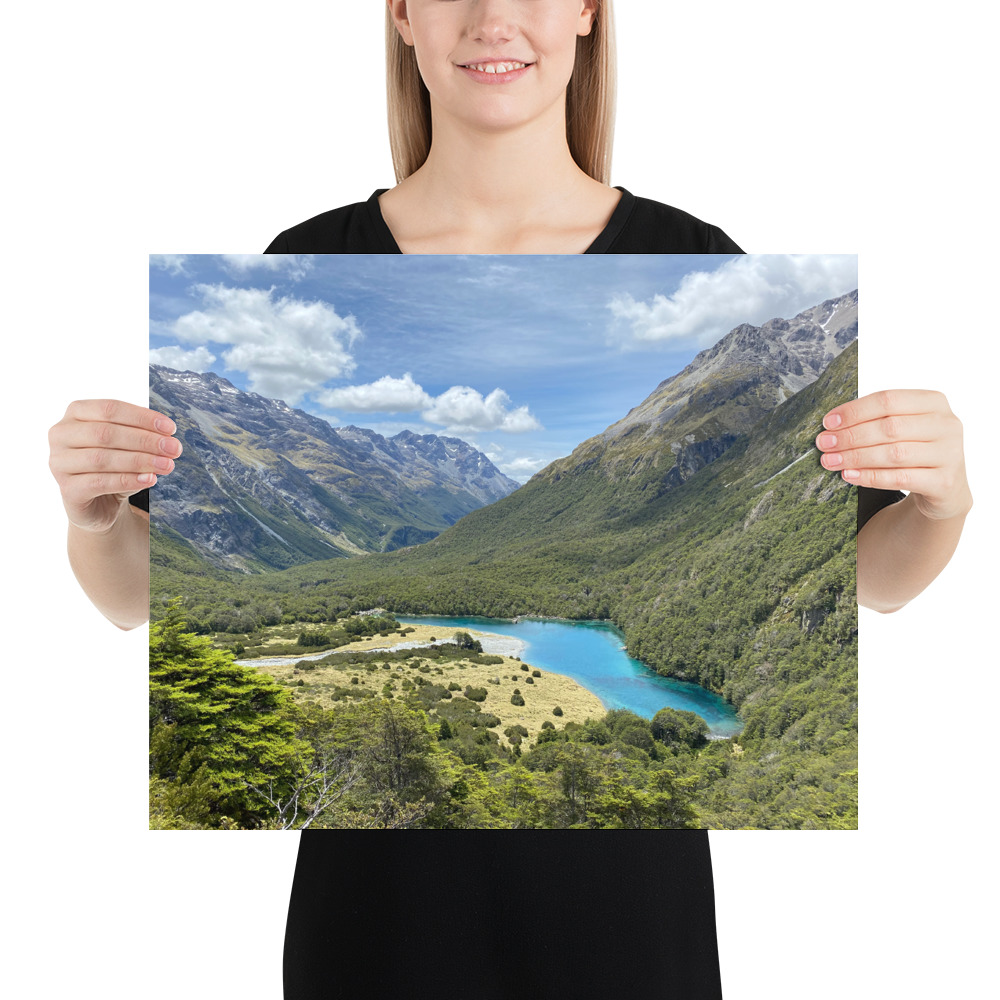 Blue Lake, Te Araroa Print
The clearest water in the world, Blue Lake is one of the most beautiful sights View product.
$18.00 – $25.00

From apparel to prints, grab some awesome trail merch at the A Stray Life Shop! 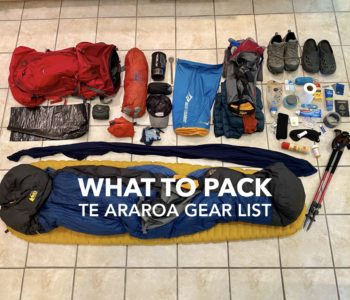 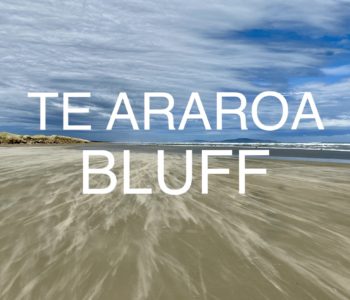 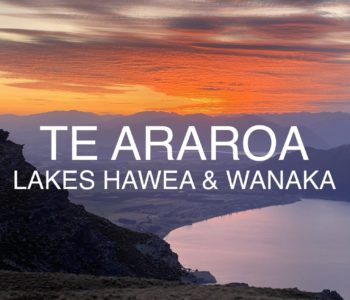